Sometimes I wish God would show me exactly what I should do and how I should do it. I mean, wouldn’t it be so easy to have your own personal Urim and Thummim? Like one of those ‘Magic 8 Balls’, that you would shake, and it gives you a direct answer! I read with envy the account where God revealed to Moses the intricate details concerning the building of the sanctuary:

“And let them make Me a sanctuary, that I may dwell among them. According to all that I show you, that is, the pattern of the tabernacle and the pattern of all its furnishings, just so you shall make it.” Exodus 25:8-9.

Or the plans regarding the temple designed by David but built during the time of his son Solomon:

“David gave Solomon minute directions for building the temple, with patterns of every part, and of all its instruments of service, as had been revealed to him by divine inspiration.” Patriarchs and Prophets pg 751

In both instances, divine inspiration gave elaborate details concerning the building of His dwelling place. Once completed the glory of God descended upon the site, communicating that it was good and that He was with His people (Exo 40:34 & 2 Chronicles 7:1).

Now I do not receive revelations, nor do I see visions, but that doesn’t mean that I can’t have a vision to live for. My vision is to proclaim Jesus’ message to the world (Matt 28:18-20) and at this particular intersection in earth’s history I do so in the context of the three angel’s messages of Revelation 14:6-12. Simply put, His vision is my vision.

Now while I have never seen Jesus personally, nor had the privilege of Him audibly speaking to me, it doesn’t mean that I can’t go about fulfilling His vision. We receive His vision through faith, believing that He has not only outlaid the plans before us but will also give us the ability to fulfil what He has promised.

Those building the sanctuary and the temple hadn’t personally received the revelation that Moses and David did, but they still went about the work of building. They did so because they believed through faith in the messenger and the faithfulness of the God who gave them the message. They saw themselves as mere instruments in the midst of a much bigger plan.

Is it any different with us? Whilst we may not have directly received a “supernatural vision” it doesn’t mean that we have no vision to give. God has a vision, and this vision is to build. To build what you might ask? We are to build a temple that lives (1 Peter 2:5)—His church.

So, the next time you wonder whether you have a vision in life, remember that you are called to belong to and build up God’s church. There is nothing more wonderful than that! 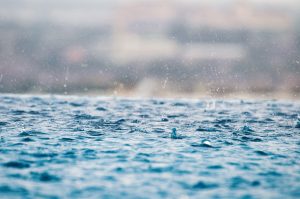 Khloe’s birth I still remember quite vividly the events surrounding Khloe’s birth. I remember Rosie hitting me at 1am in the morning when she had her first contraction.